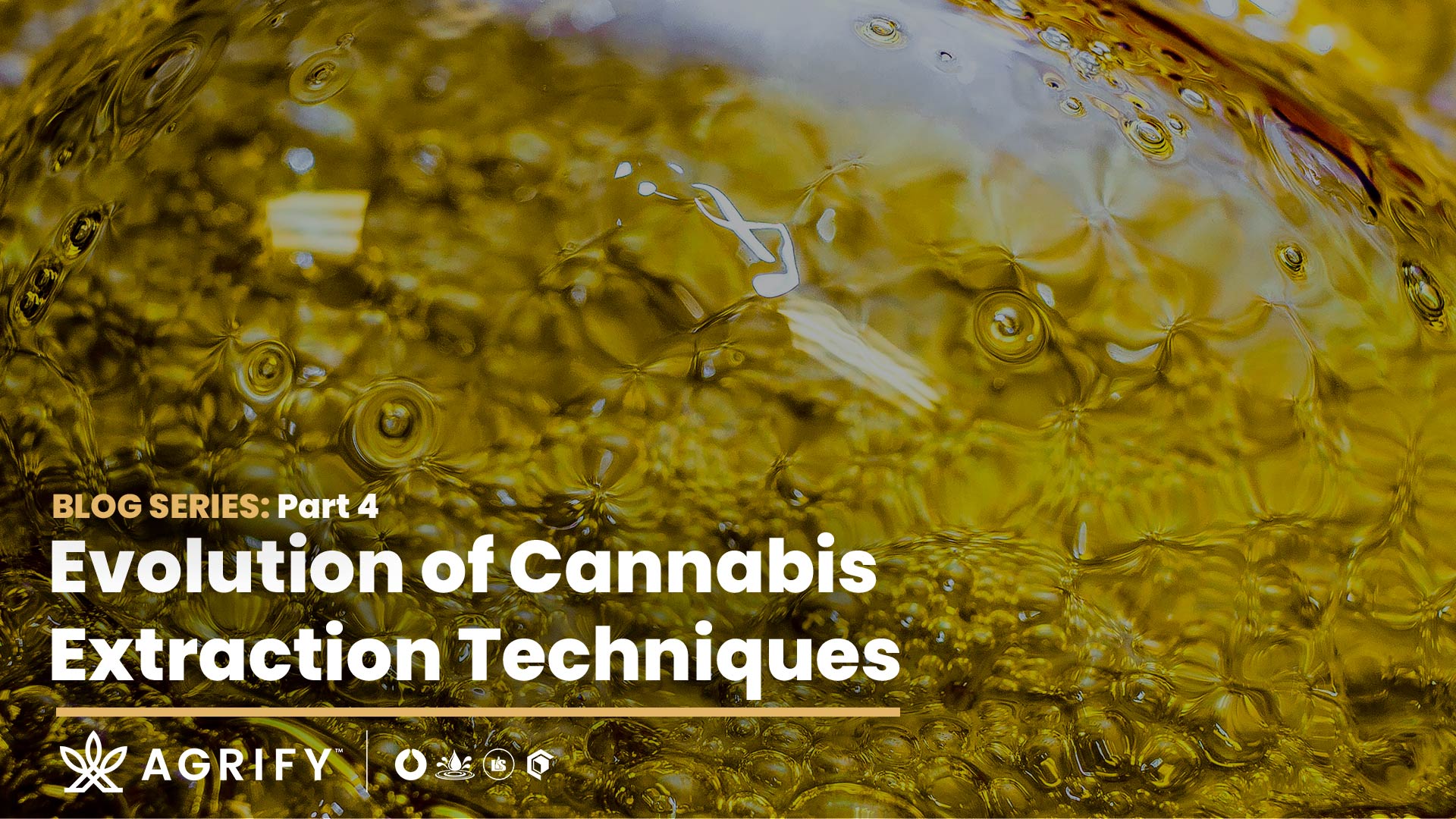 As cannabis extracts fuel the growth of the cannabis market today, we’ve been exploring the history and evolution of extraction methods. But while a number of cannabis concentrates are enjoyed on their own, many require post-processing to remove unwanted constituent compounds or to adjust physical or visual qualities. 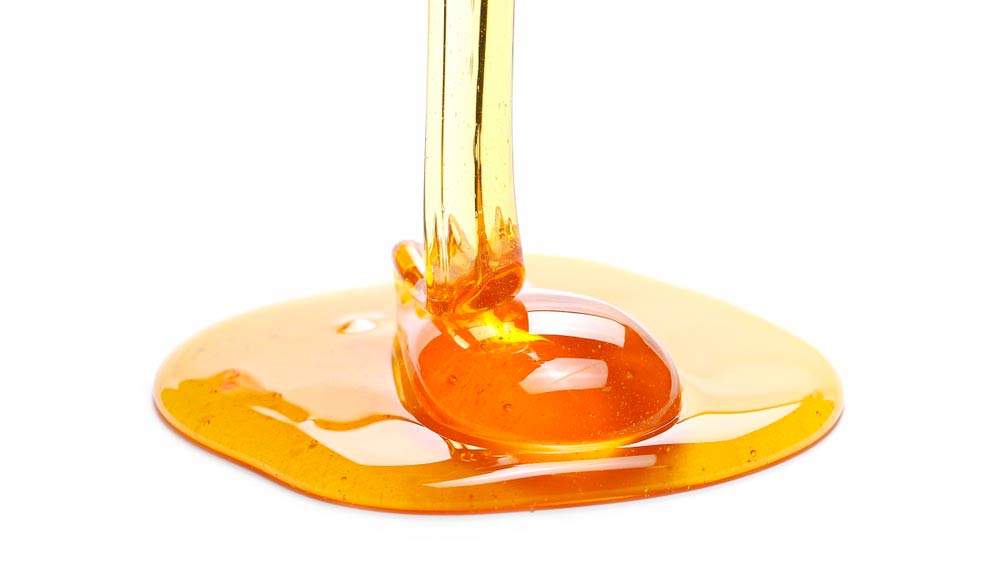 Post-processing is a broad term encompassing any refinement following extraction. It may include one or more of the following steps to help improve viscosity, purity, flavor, and coloration:

The crude concentrates produced by hydrocarbon, alcohol, CO2, or solventless extraction methods contain a spectrum of cannabinoids and terpenes but also undesirable compounds like lipids and flavonoids. While there is a market for full-spectrum extractions, there is also a rising demand for refined cannabis distillations, isolations, and THC-remediated products. Additionally, most infused cannabis products like edibles, beverages, vape cartridges, and topicals, contain extracts that have undergone post-processing refinement.

Decarboxylation is necessary to transform acidic cannabinoids (THCa, CBDa, etc.) into their activated formats (THC, CBD, etc.). This typically involves heating the crude extract at a specific temperature. This process yields a less viscous concentrate, as THCa will solidify and form crystals while THC will not.

Winterization removes unwanted lipids and waxes from the crude oil and involves chilling crude extract to the point that the fats and lipids in the solution form a layer on top of the remaining concentrate, much like the oil in refrigerated salad dressing.

Remediation / Isolation is a step that usually only happens for CBD products and is intended to remove (remediate) “non-compliant” THC from hemp concentrates and/or “isolate” the non-psychoactive CBD from crude concentrates. This process typically involves distillation of crude extract and crystallization of the CBD. Distillation is one of the most common post-extraction refinements in the commercial cannabis sector today. Distillate is a high potency, colorless, and flavorless cannabis concentrate.

GW Pharmaceuticals first applied distillation to cannabis crude oil in the 1970s. But with the crackdown on cannabis research during America’s long-running War on Drugs, this process essentially disappeared.

The essence of distillation is to bring crude oil up to specific temperatures, increasing the temperature over several passes to pull out compounds as they reach their natural boiling points. The vapor then travels through the system to condense in a collection tank. The process leaves behind any unwanted compounds, like lipids and other plant materials, while distilling the desirable ones. Fractional distillation uses the different boiling point of compounds in the mixture to selectively separate specific constituents into different “fractions,” with desired compounds collecting into one vessel and waste compounds separated into another. 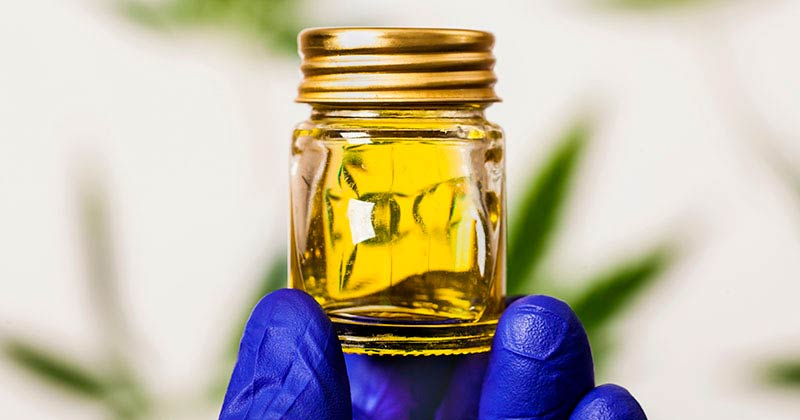 There are three types of distillation machines used for cannabis extraction, all of which fall under the umbrella of short-path distillation technology: Kugelrohr, wiped film (thin film), and benchtop. Of the three, wiped film and benchtop remain the most popular as Kugelrohr technology is comparatively simplistic and imprecise. Benchtop short path distillation technology operates in batches, making it suitable for small to medium-scale operations. These machines have a low barrier to entry and work well for batch tracking. Of the two, wiped film can operate continuously, making it the most efficient system at scale. Both benchtop and wiped film produce the same final product: a colorless, odorless, clear cannabinoid distillation. Cannabis distillate is a much more standardized product than a straight crude oil extract and is extremely valuable within regulated markets.

The CannaBeast ® 13 Thin Film Distillation System from Lab Society by Agrify is the most comprehensive USA-made single-stage continuous distillation system on the market today. As a true short path distillation machine hitting four to eight liters per hour input feed capability, the CannaBeast is changing industry expectations of what’s possible.

Launched in 2021, Lab Society’s G3 Short Path Distillation Series is one of the most innovative and efficient short path kits for cannabis extraction. Available in 5L, 12L, and 20L configurations, the G3 Series offers improved potency and guarantees unparalleled throughput.

The Future of Cannabis Extraction

Given that broad legalization and pharmaceutical adoption of extraction processes are still in their infancy, today’s techniques and equipment are sure to evolve for decades to come.

On the immediate horizon, we’re likely to see the continued and rapid upscaling of throughput, further isolation of minor cannabinoids beyond THC and CBD, and peer-reviewed multi-cannabinoid/terpene mixtures for specific ailments or effects. Additionally, there will likely be a much wider use for processed cannabinoids in edibles, topicals, and pharmaceutical applications.

While dried/cured flower will forever have a place in the world of cannabis, cannabis extracts allow patients and consumers alike to create curated, potent, and consistent experiences.

For more information about how Agrify is driving extraction innovation, or to find your optimal extraction solution, talk to an Agrify extraction expert today. 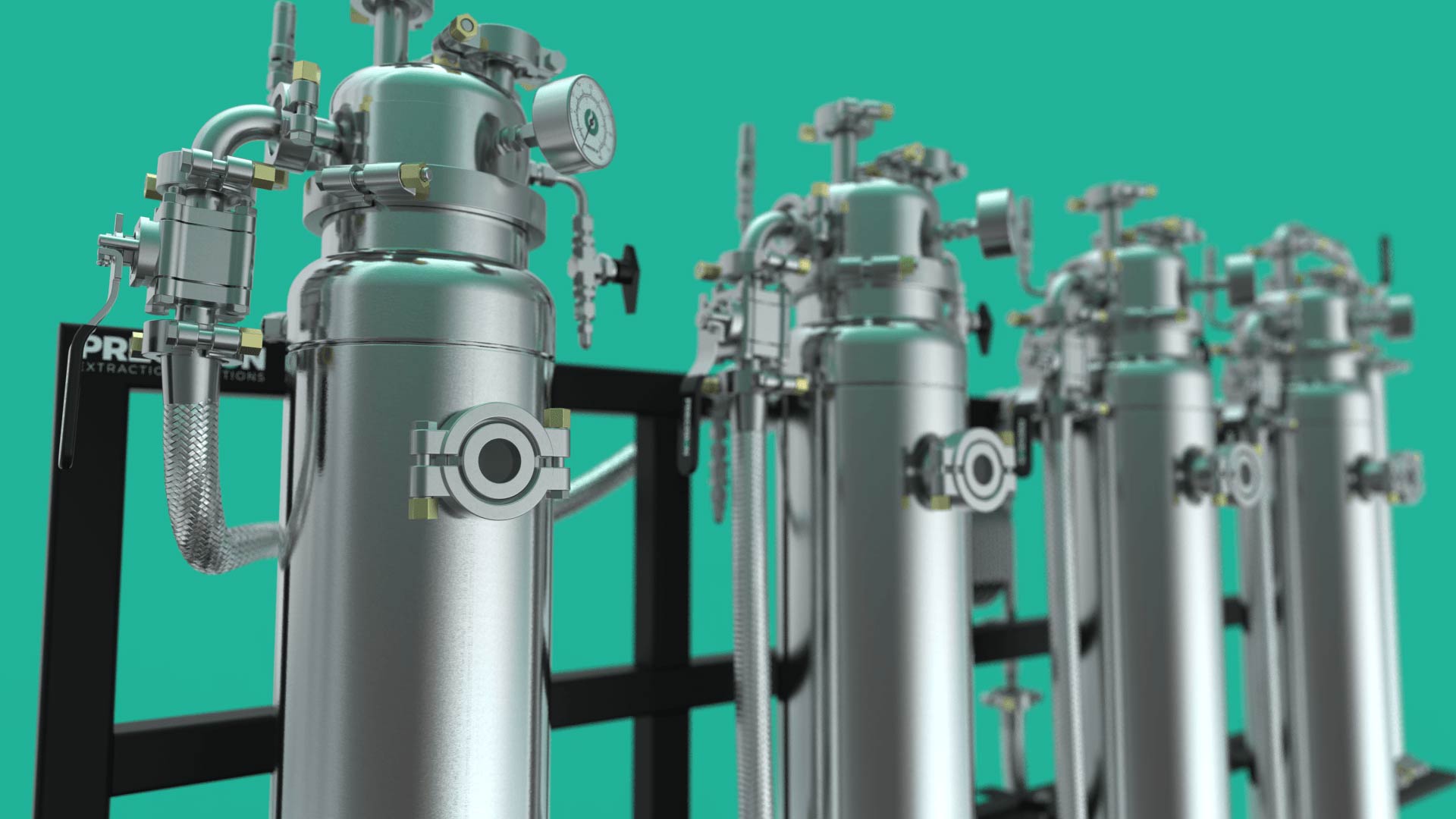 Extracting the Story: Behind the PX Series 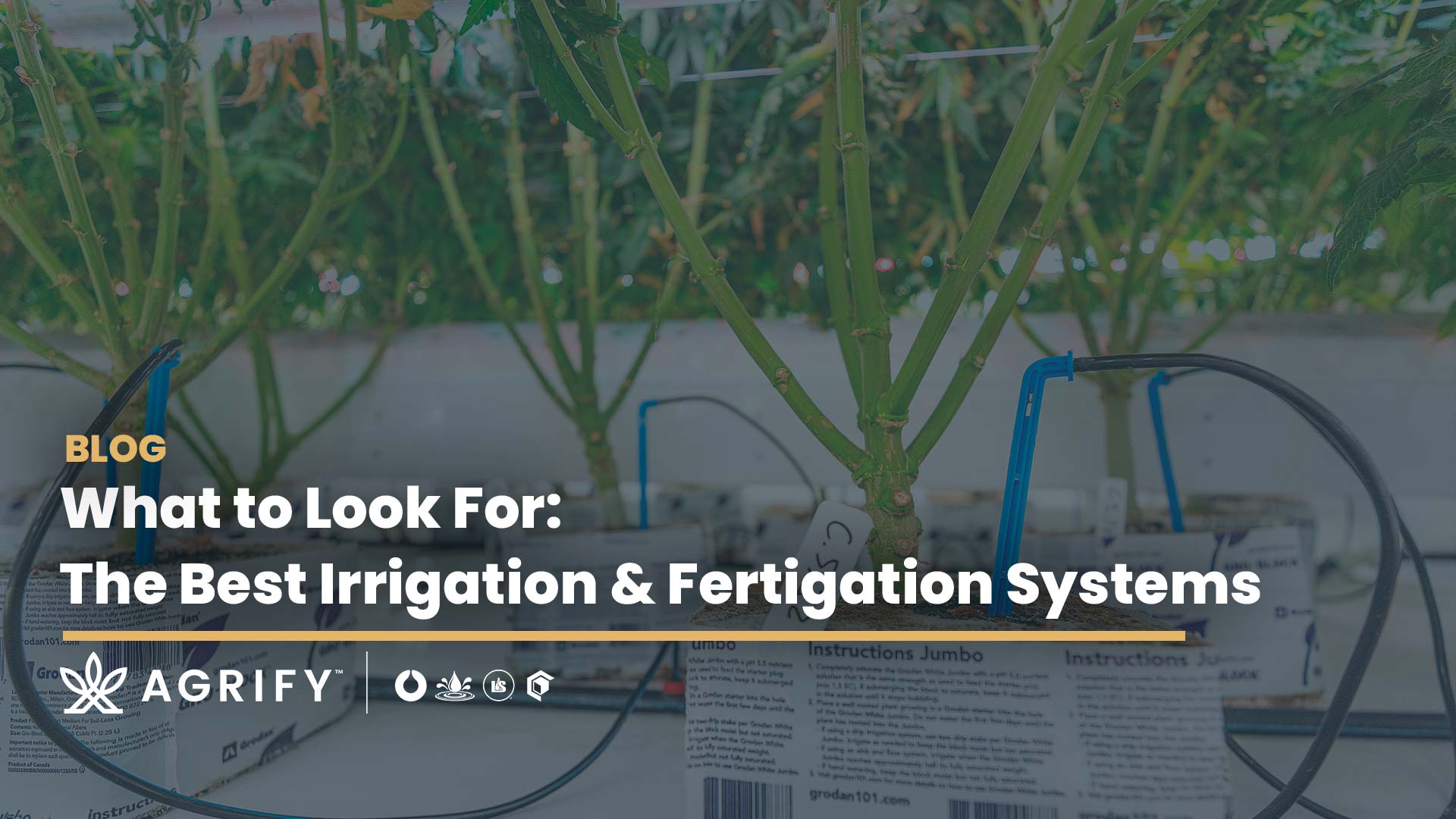 What to Look For: The Best Irrigation & Fertigation Systems 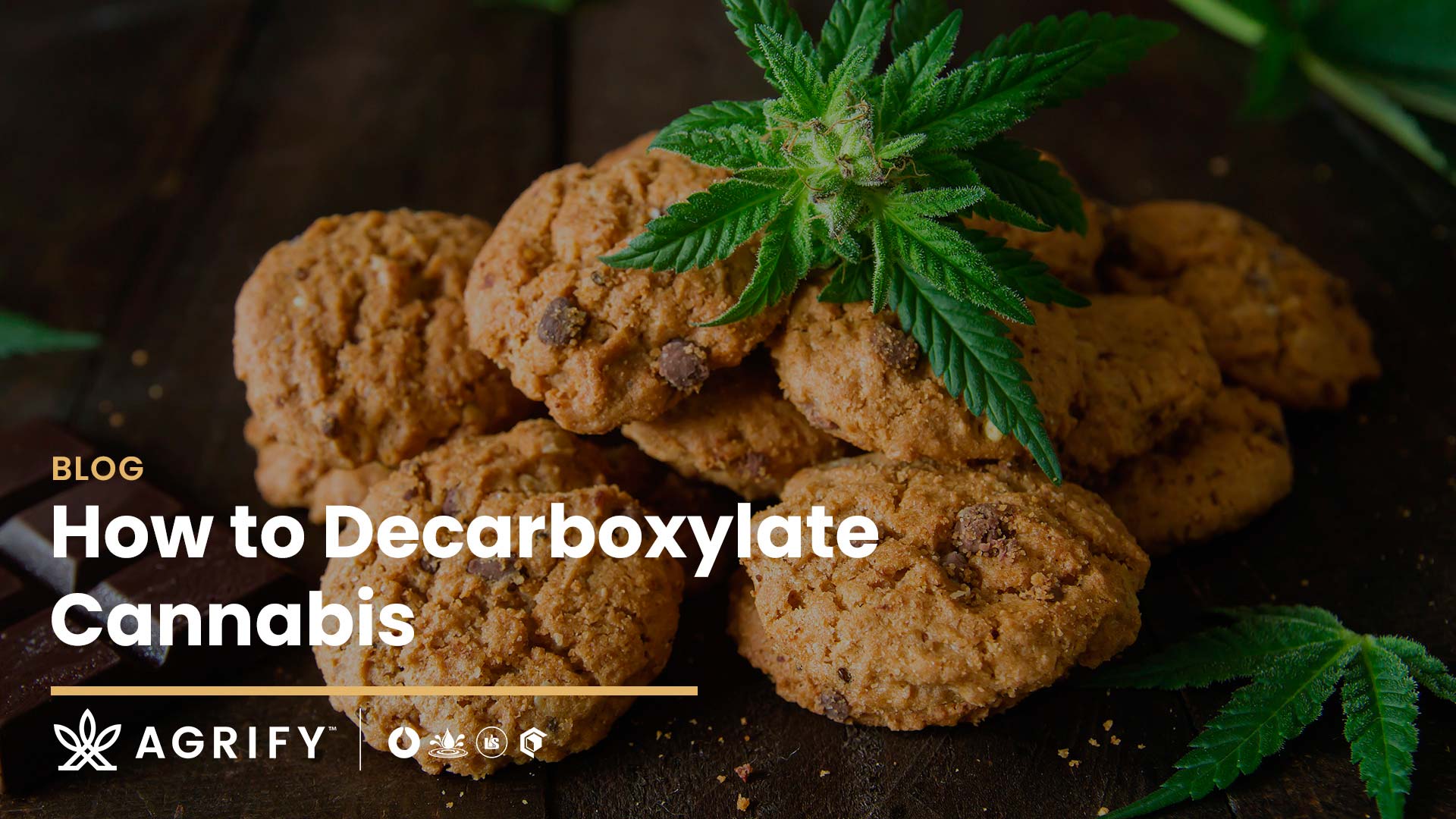 How to Decarboxylate Cannabis 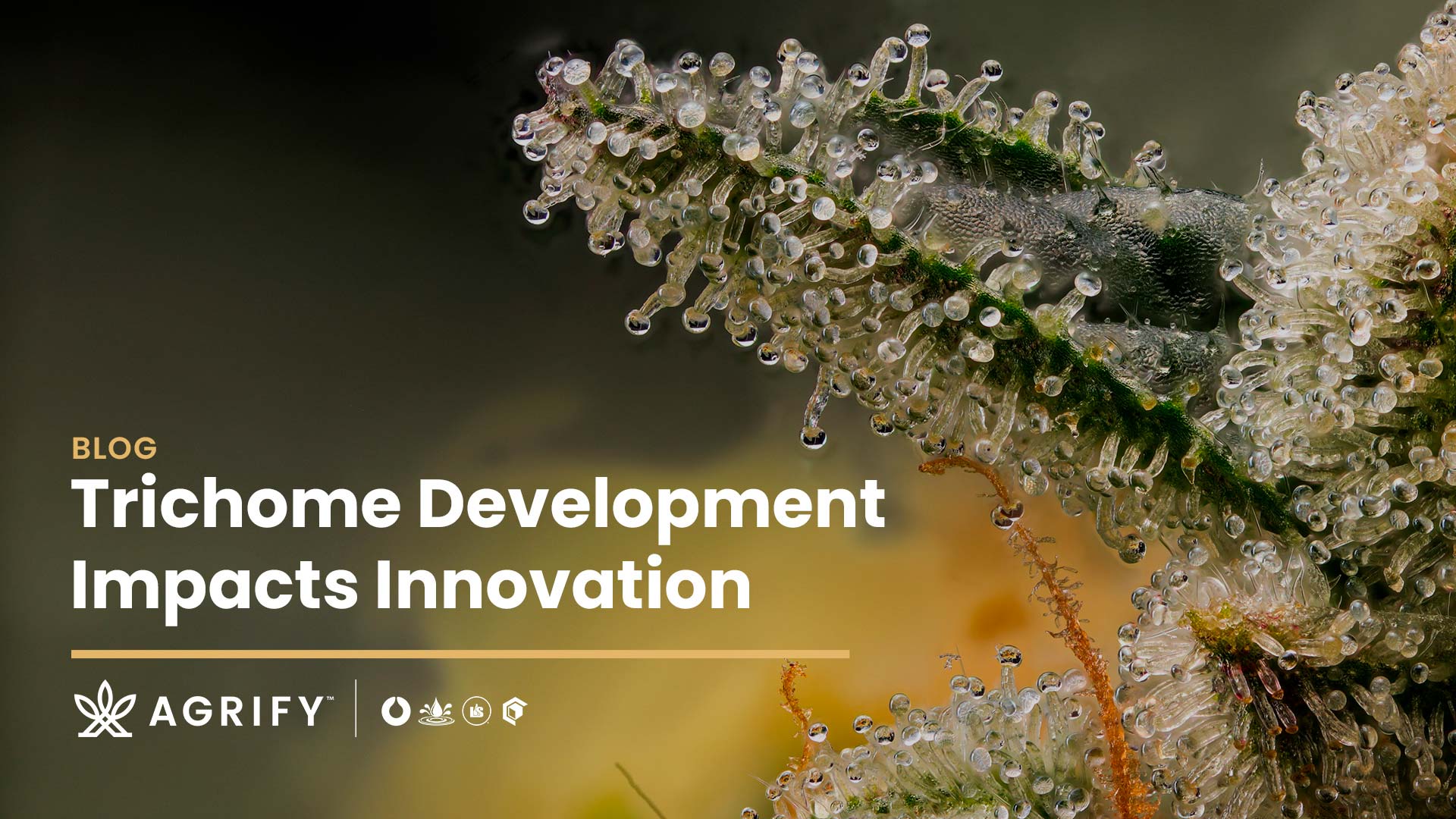 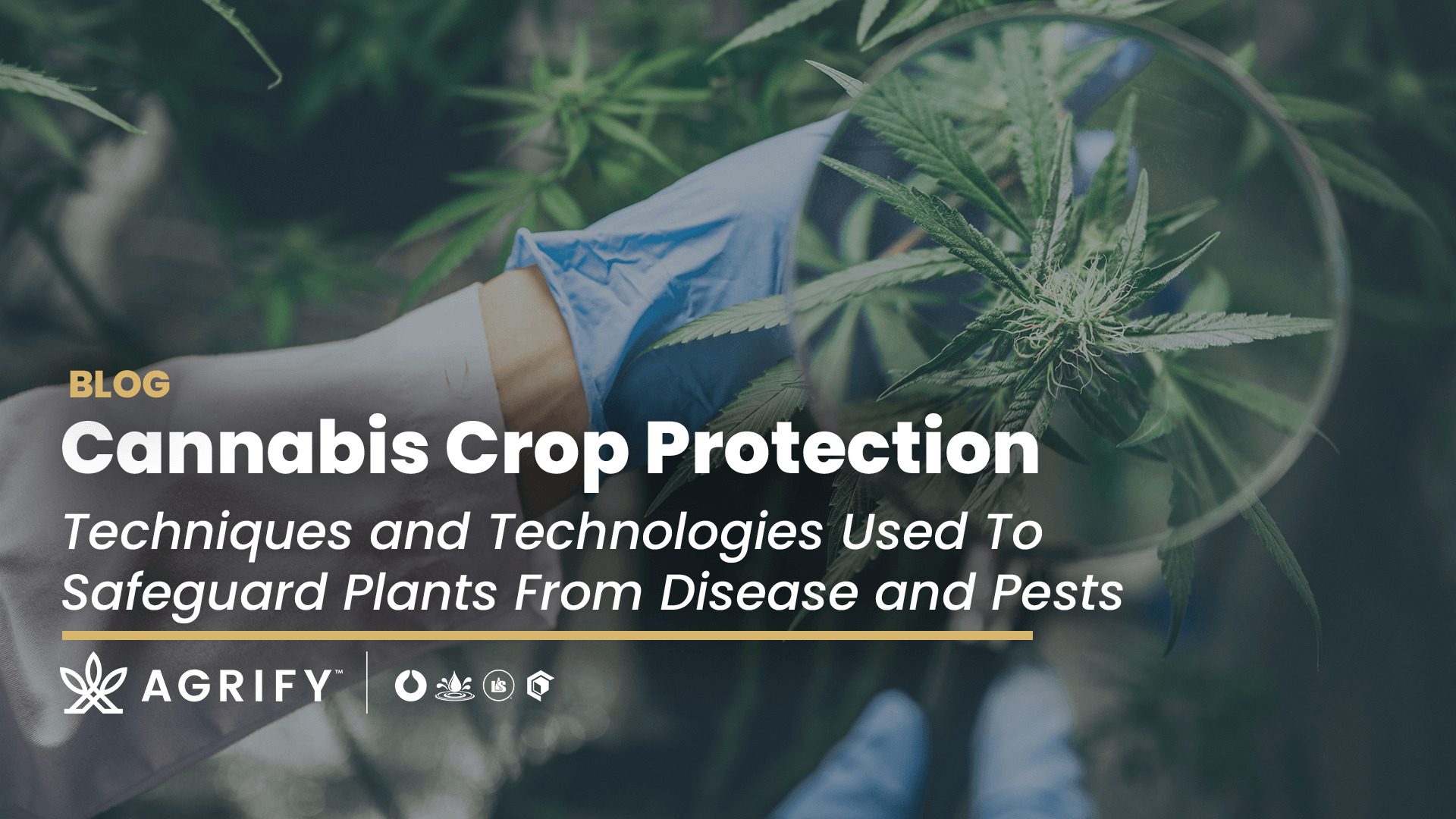